Cognitive Dissonance and how to fight it?

Well, nothing special, just had to go through a period of fighting against cognitive dissonance and making big decisions. Am still fighting it though, but now that I know the enemy, I also know the way through.

So, what is Cognitive Dissonance anyways? Festinger says it is:

The feeling of uncomfortable tension which comes from holding two conflicting thoughts in the mind at the same time. Dissonance increases with:

Basically, it is a psychological phenomenon that happens to everyone and quite often. The easiest way to recognize it is the uncomfortable feeling when confronted to an information that is in discrepancy with what you already know or believe. The reaction to this uncomfortable feeling can be both justifying your action/belief or justifying someone else’s. Let me give you a couple of examples for easier understanding: 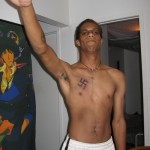 Sounds familiar? Sure it does… But these are just simple examples and they can be much more serious and dangerous for your psyche. Just today I recognized much stronger examples in 2 of my colleagues and they are as strong as my own example I’m fighting through lately. Why are they so strong and dangerous? Well, they tackle your personal beliefs and are challenging your career to date. Imagine having a job that you can’t afford to quit, and you are at this position for some time already, doing your job very good (praised by superiors, praised by colleagues from your expertise from other companies etc) and you get a new boss that tells you that everything you did so far is bullshit and he tells you to do it in a way that was modern 20 years ago (however not effective even then). What do you do? It confronts your beliefs, it degrades everything you did so far, it makes you wanna cry. Yet you can’t quit your job. You’re not a kid anymore… There’s mortgage loan, there’s leased car, whatever… So do you justify your boss’ opinion? Do you accept it as a must do since you can’t quit your job and therefore degrade yourself and your personal beliefs?

That, my respected readers, is cognitive dissonance.

Now how do you deal with it? Festinger has 3 ways:

In case of important decisions and big dissonances, I suggest analyzing it thoroughly. In some of my own cases, I decided not to justify crap and I quit smoking (justifying smoking is the most common cognitive dissonance) and changed my job.

What about you? Examples? Currently facing one?

4 Replies to “Cognitive Dissonance and how to fight it?”