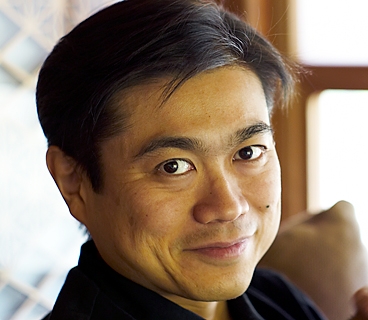 M.I.T. (Massachusetts Institute of Technology) “…is devoted to the advancement of knowledge and education of students in areas that contribute to or prosper in an environment of science and technology.”

That’s their tagline. So, when they name Joi Ito as a  new director of their Media Lab (I wrote about them when Chris Csikszentmihalyi spoke at the Share Conference in Belgrade), it doesn’t sound as a big deal. I mean, this is the guy they refer to in the their press release as: “an influential thinker, speaker, and seed investor driving the international development of the Internet, Ito is widely recognized as one of the world’s foremost writers on innovation, global technology policy, and the role of the Internet in transforming society in substantial and positive ways. Through his leadership role in key Internet organizations such as ICANN and Creative Commons, his venture funding, and his advocacy of Internet freedom, he continues to expand his influence worldwide”. And this is also a guy that is an investor in project such are Flickr, Last.fm and Twitter.

However, what struck me was that Joi Ito attended, but never graduated from College! 🙂

How cool is that? One of the top Universities, one of those that other Universities all over the world look up to for ideas and inspiration, does something really unusual and unorthodox – makes Joi a Head of the institution that is guilty for technologies behind Google Street View, E-ink (used in Kindle and other book readers), 100$ laptop, and Head of guys that designed all the cool ideas in Minority Report movie, for example. Ha!

Back to the topic – even if this wasn’t MIT, even if it was some small college in Serbia, it would still be a huge thing for the whole education system worldwide. If you’re my regular reader, you know what I think about Education systems and its incorporation in today’s business, and how I support Ken Robinson and his ideas about paradigm shifts in education, and also Marcus Orlovsky and his ideas of the school of the future. Having that in mind, can you imagine how excited I was to learn that someone is actually actively changing the paradigms?

This is a sign that someone out there actually uses common sense and cares about the essence instead of the form.

And this is a GIANT step forward, no matter how small it looks like.

I hope other Universities will look up to MIT and realize that learning is no more about diplomas, but about passion to learn and access to knowledge. I also hope that businesses will understand that people with diplomas are not even potentially better then those without, unless diploma comes from institutions that is about knowledge and not grading. Whole system today is based on the grading made by Universities of the past, and the sooner we realize that, the better.

And who knows, perhaps soon enough we will be reading about some cool guy being welcomed as a Head of some institution within some of the Serbian Universities with similar words used when Joi was welcomed:

“In the past 25 years, the Lab helped to create a digital revolution — a revolution that is now over. We are a digital culture. Today, the ‘media’ in Media Lab include the widest range of innovations, from brain sciences to the arts. Their impact will be global, social, economic and political — Joi’s world.”

Note: some of the information used from NY Times, Joi’s blog and MIT press release.