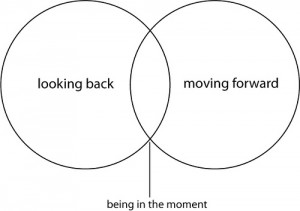 All right, this is an important post for me.

There, I said it!

My “About me” page says a lot about me and my career, but it doesn’t say that I did not just move back from doing CSR in Microsoft MEA in Istanbul to be working for a Bank in Serbia. I mean, Banks are not listed high in “favorite jobs” lists of people who want to change the world (only later have I realized that this bank is actually different, but nevertheless).

My “About me” page doesn’t say that I came back to Serbia because I didn’t want to work abroad. My job in Microsoft was helping other people and it was very rewarding, but that wasn’t enough. I had a strong drive to do something in Serbia, to try to change something here. And I tried allright. Gathered a team, wrote an amazing project, applied for funds, was so full of positive energy that I was almost flying  and – failed. Officially because they (the Fund) had a different focus, but unofficially someone told me that they give funds only to organizations they are friends with, and advised me to start befriending them (kissing their assess) and to start writing project that are not interfering with project they are doing already (so that funders don’t have to think too much when funding). What does this tell you about the situation for NGOs? A lot, I believe…

So, I failed and convinced myself that it might not be the time yet, and I accepted my current position (very fulfilling and rewarding too, not to be understood wrongly) and waited for the right moment. And trust me, waiting for such a moment in a country in transition is just not easy. Especially in a country that is in the news all the time either because of the fight for Kosovo or because of the corruption, high criminal rates etc. The government is huge, slow, made out of unlikely partners and always has “more important things” to do then to create a positive climate for us that want to do something good here. Actually, for anyone that wants to do anything.

However, I never lost faith, and am still not losing it. Sounds cheesy and pathetic, but it’s how it is…
For more then 2 years already I’m trying to find a way to start something really cool in Belgrade. Not to say too much, it is a social business that can generate many new jobs and support innovative social entrepreneurship ideas. And it is a sustainable business, not typical donor-dependent NGO. Something very cool and fresh in Belgrade and Serbia. A logical and awesome partner came along some months ago, and as we are beginning to speak more loudly about the idea, the support is coming along too – individuals, companies, friends, potential investors…  All showing quite a lot of understanding for what we are trying to achieve. Some of them are even already promising some concrete help, and I thank them for that.

Unfortunately, this is also where the first real hurdles pop up too… I believe that only those that have tried to start an NGO or a small company know how hard it is to work with our Government and in this system. They eased the registration of organizations, but doing anything after that is ridiculous.  The amount of people hired by various governments in past 20-30 years and power of this people even today, within this system and under new government, is just enormous. The level of corruption you can see everywhere is frightening. It looks almost impossible to succeed (and by succeed I mean to start an initiative, so you see how low my expectations are). No wonder that the statistics are not in favor of startups. I’ve read somewhere a great quote: “one should start a company before he turns 30, for he knows too much afterwards”. Very true, if you ask me… I just turned 30 and am scared shitless…

Anyhow, one event happened and one information received recently made me start believing again.

The event was a tweetup with Jasna Matic, Serbian Minister for Telecommunications and Information Society – several bloggers wrote already about it (google translated: Pedya, Tatjana Vehovec, plus Danica Radisic at Global Voices), but let me summarize it in short – she invited us to their new offices, she spent some serious time with us, she listened to what we had to say, she asked us what we want and told us what she would like to have from us. A very pragmatic woman, great approach, relaxed atmosphere and a concrete output from a meeting. Sounds ridiculous, but a Minister actually talking to people and offering concrete actions to support them is a huge thing for Serbia – never ever has this happened before. But it will happen again – in 45 days from the first one. By her wish, that is.

The information I mentioned is also very encouraging. Apparently, there is one Municipality under the City of Belgrade that is not full of arrogant and corrupted politicians that don’t care about anything else but their own asses (I honestly believe that our Mayor is doing good things for the City, but helping NGOs and startups is still in the hands of corrupted people within the City government). I’m not gonna name these good people yet, as I still did not contact them, but I met with already 2 organizations that had fantastic experiences with them. They listened carefully, read the projects and supported them with all the power they got! Let’s hope they like our idea too! If this works out, I’m gonna be inviting everyone to start their business/NGO only in this municipality and nowhere else.

I’m in heavens again. Full of energy and faith that these few good (wo)men can make a difference. Government is not a big faceless machine anymore. It is “vulnerable” now.
And if I manage to use this vulnerability to do something good, I’ll be happy to share my experience here.

4 Replies to “Doing good in Serbia”