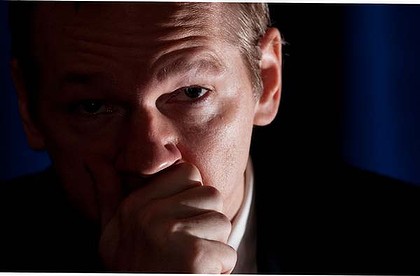 This is an attack on freedom!

Julian Assange and Wikileaks are giving us freedom from all the dirty secrets this disgusting world today has been built upon. It’s like a breath of fresh air in this rotten environment.

Arresting him on claims of sexual assault was an obvious choice. It’s the best way to prevent many people to write in his support, as many will stay cautious until the trial is over. It is also a very good way to tell people that supporting him means supporting a rapist etc.

I’m supporting Julian Assange and Wikileaks more then ever!

These leaks are, in my humble opinion, a beginning and a first step toward redefining the world as we know it.
Does anyone really believe that this will be the only big leak? Or that Julian is the only one out there? Does anyone believe that telling youngsters in the US that discussing Wikileaks and supporting Assange is jeopardizing their chances to get a job in the US Government will prevent them from reading?